I’m a principal person. Always have been. But does that make it right? People say all the time, “it’s just who I am” but that is no justification for our actions or lack of actions. When a situation does not go my way or I feel I have been jipped I want to badly to get the last word in and be smart to the opposing party. Granted there are people in my life where it’s easier to keep my trap shut than others. For me, it’s generally those closest to me I want to make a point with so badly. People at arms length, I can shrug off and give the benefit of the doubt to… but not those closest. 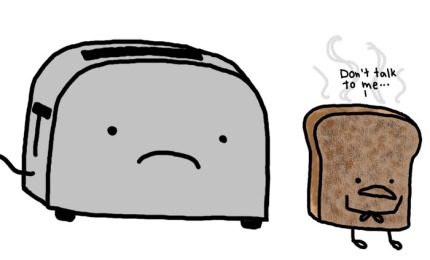 In the past few months, maybe 4 or even 5 months, God has been working in me to release bitterness I have had with a specific person in my life. He spoke very directly to me with specific knowledge of what would happen if I accomplished it. This knowledge is initially what gave me the drive to pursue this. Even though God had spoken to me I needed to do this – He knew it was a task I really wasn’t up for so He gave me incentive. How kind!!! I wasn’t sure where to begin but I knew my attitude was the first place.

See to it that no one fails to obtain the grace of God; that no “root of bitterness” springs up and causes trouble, and by it many become defiled…

I had a root of bitterness! Every time I saw this person I went out of my way not to speak to them or even be in the same room with them. When they did speak to me, I answered in short, calloused answers lacking all emotion but anger. I had that one down! Over time, it became easier to not have an attitude but I was having to make the conscious decision not to be smart to this person, to try to answer in love even when I didn’t want to. During this process I discovered this person was not just angry all the time but perhaps they needed help. Prayer… compassion… love… inner healing… deliverance from themselves… (so many times we are problem and yet solution to ourselves). My heart began to feel bad for this person. My anger slowly slipped to heartbreak.

At a recent conference I attended, one of the speakers spoke of “measuring sticks”. Let me give a quick rundown…

The pastor spoke about how we (everyone in current times) measure everything by something. Whether it’s someone personally by their failures, business by the economy and it’s profit or lack of, etc… I thought of myself in many areas. God is working on me to change in areas I have been bitter and angry in for a long time. I realized last night I have measured these people on their failures not on their accomplishments and their strengths. “Doubting Thomas” is measured in scripture by a single 5 minute conversation/moment of lack of faith and yet he took Christ‘s gospel the furthest of all the disciples. But he isn’t remembered for that… A life long journey and commitment to sharing the gospel is completely overlooked because of a single moment of lack of faith that was obviously discarded shortly after.

God took His 2 x 4 and ransacked it into my head! At least that is what it felt like, lol… I had been doing this to this person in my life. Everything I held bitterness for (I’m talking bitterness going back 16 years) were things I was using to measure them with. I was measuring them by their failures in my life. WOAH! What was I supposed to do with this new-found information? (Or… what did I really want to do with it.)

I did what I knew I had to do with it. I sent an email to this person and disclosed my deepest feelings of apology asking for forgiveness. The crazy thing about forgiveness is even if the person on the other end doesn’t “acknowledge and forgive you” it’s still a stepping stone you personally have to take. Had I asked and this person not forgiven me, I have two choices… continue to be bitter at them or move on. Ultimately, I’m the only one hurt because they probably don’t really care enough if they are not willing to forgive me. I’m not sure if this person forgave me or not… they never said. I can tell you, since that email, my relationship with them has been different. Just from sending the email releasing feelings they knew nothing about I gained freedom. That freedom changed my heart about this person and now, instead of avoiding them, I want to make it a point to speak to them, have common interests with them. And while the words were never said of, “Yes, I forgive you” this person seems to be responding the same way… finding a reason to talk to me. It’s such a great feeling to overcome something that has plagued me for so many years and I didn’t even know it in the forefront of my mind.

I chose not to give in to bitterness… instead I released it. I chose not to allow my measuring stick to get out of hand… instead I broke it. You can have this same experience but you have to choose ON PURPOSE to. It’s been an amazing journey this far and I know it’s not over yet. I know there is more to come. Don’t give in to bitterness. When you do, you are basically giving the devil power of attorney.

Let all bitterness and wrath and anger and clamor and slander be put away from you, along with all malice. Be kind to one another, tender-hearted, forgiving one another, as God in Christ forgave you.